Our Front Latch Quick Fix cylinders are rebuilt and shipped back to you with the Hose Couplers* already attached to the hoses on the cylinder side, allowing for quick installation. Hoses are permanently reconnected via the Hose Couplers* with basic hand tools including a 3/8” box wrench, vise grips, and pliers, which ensures a connection as strong as the original factory fittings. 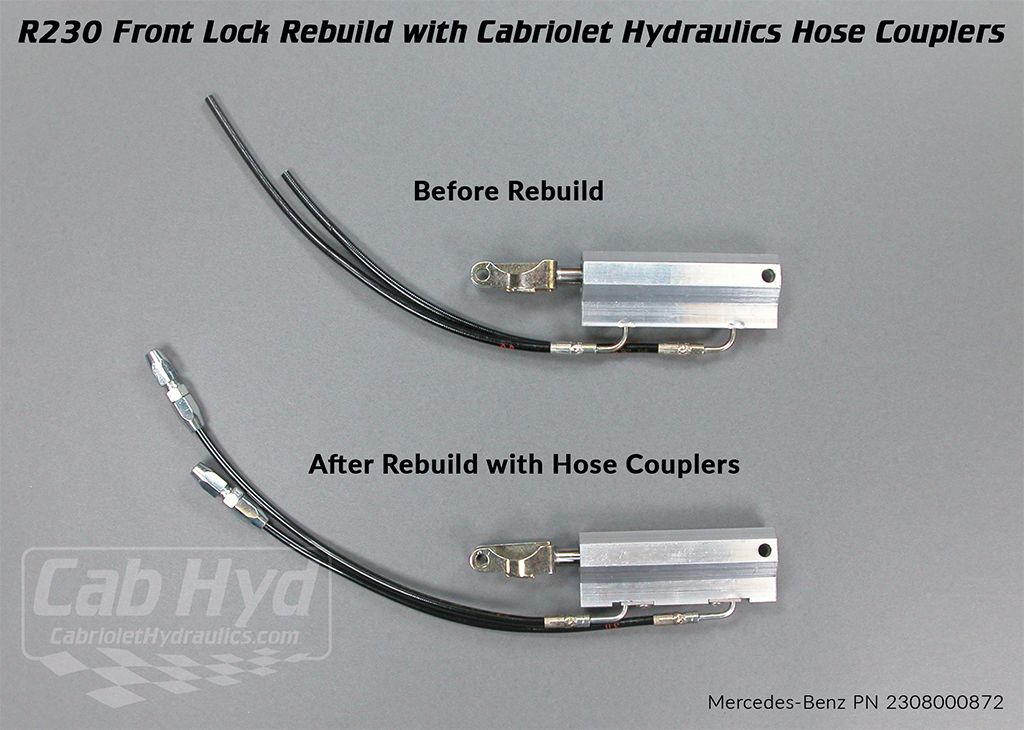 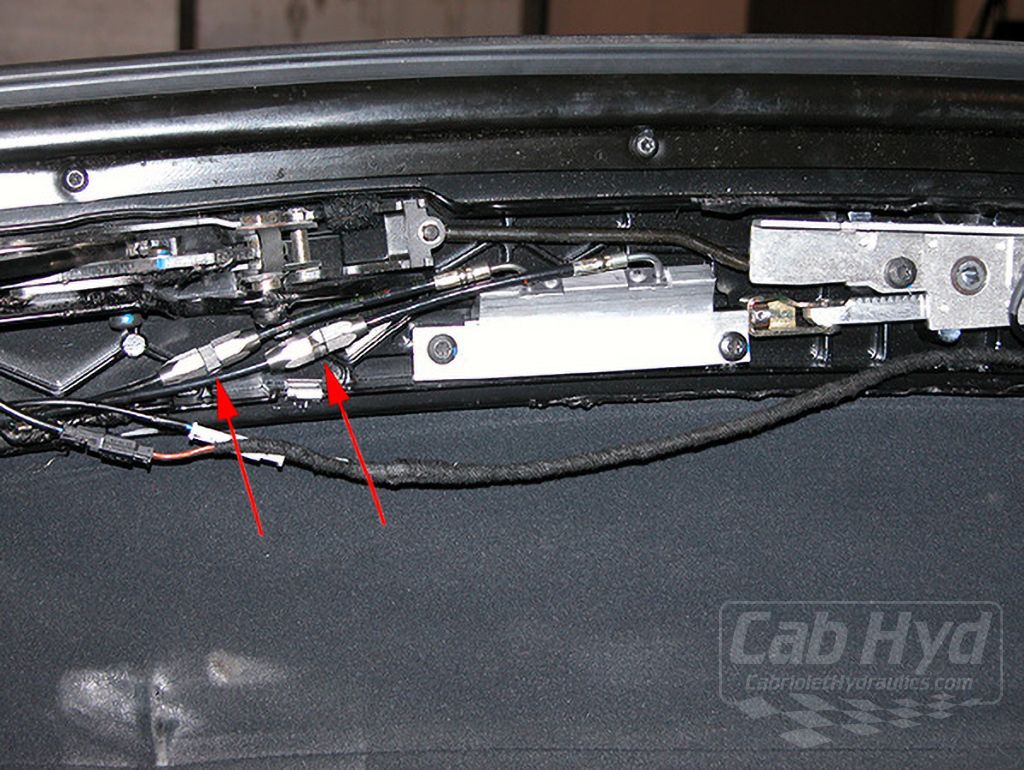 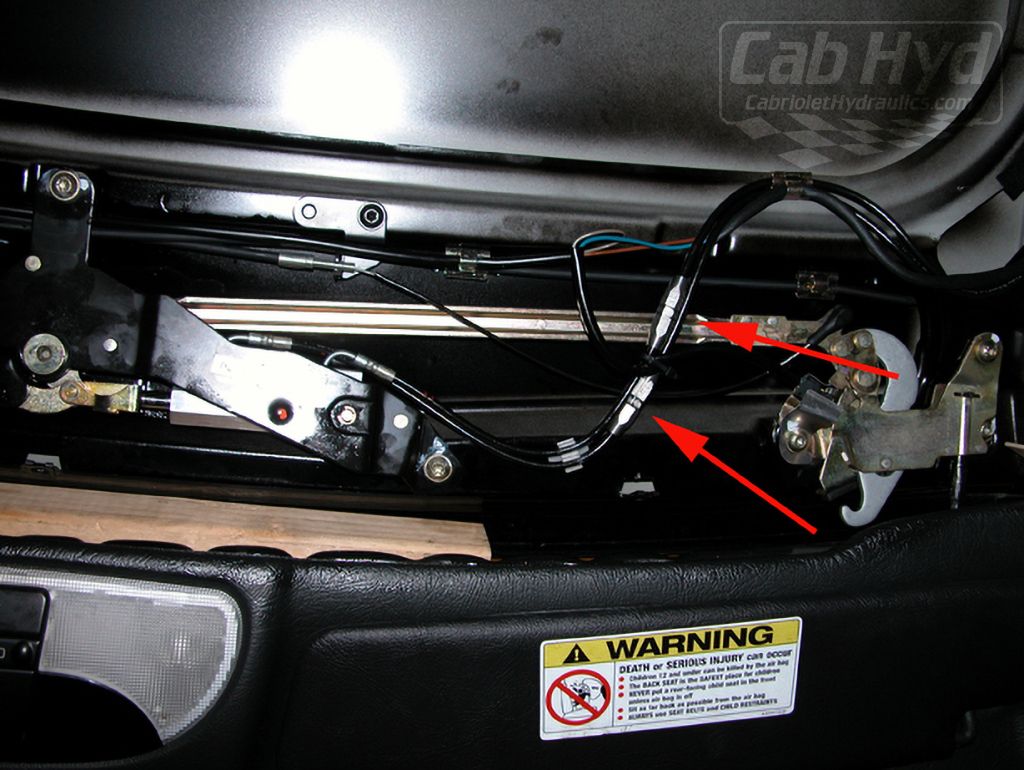 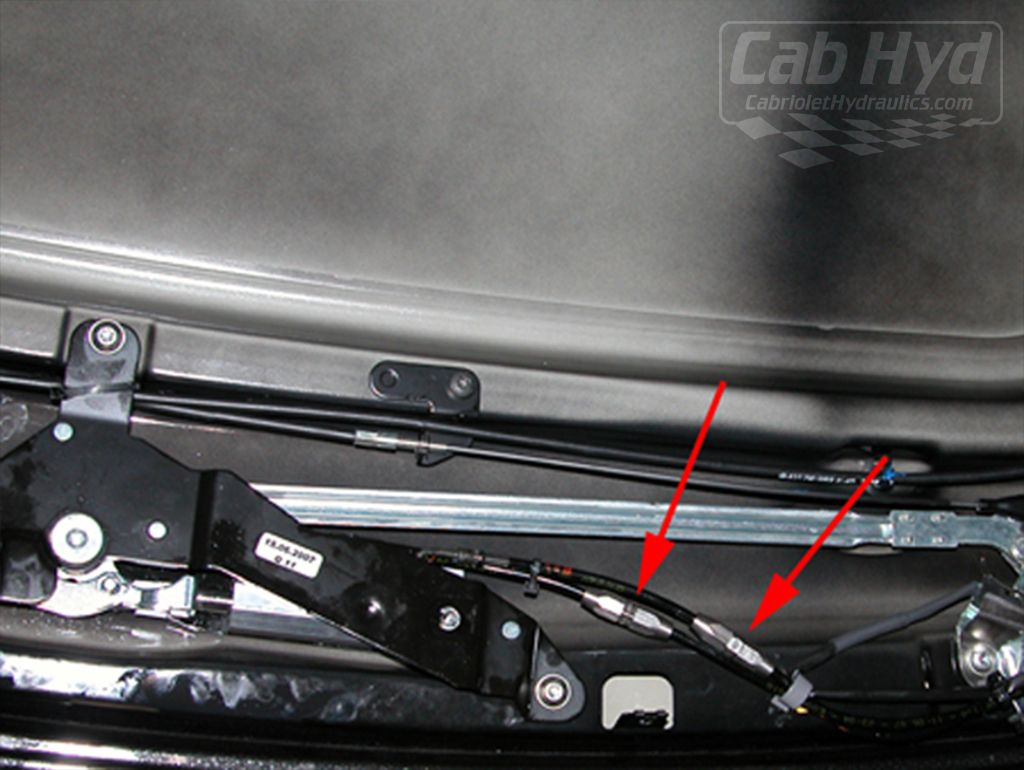 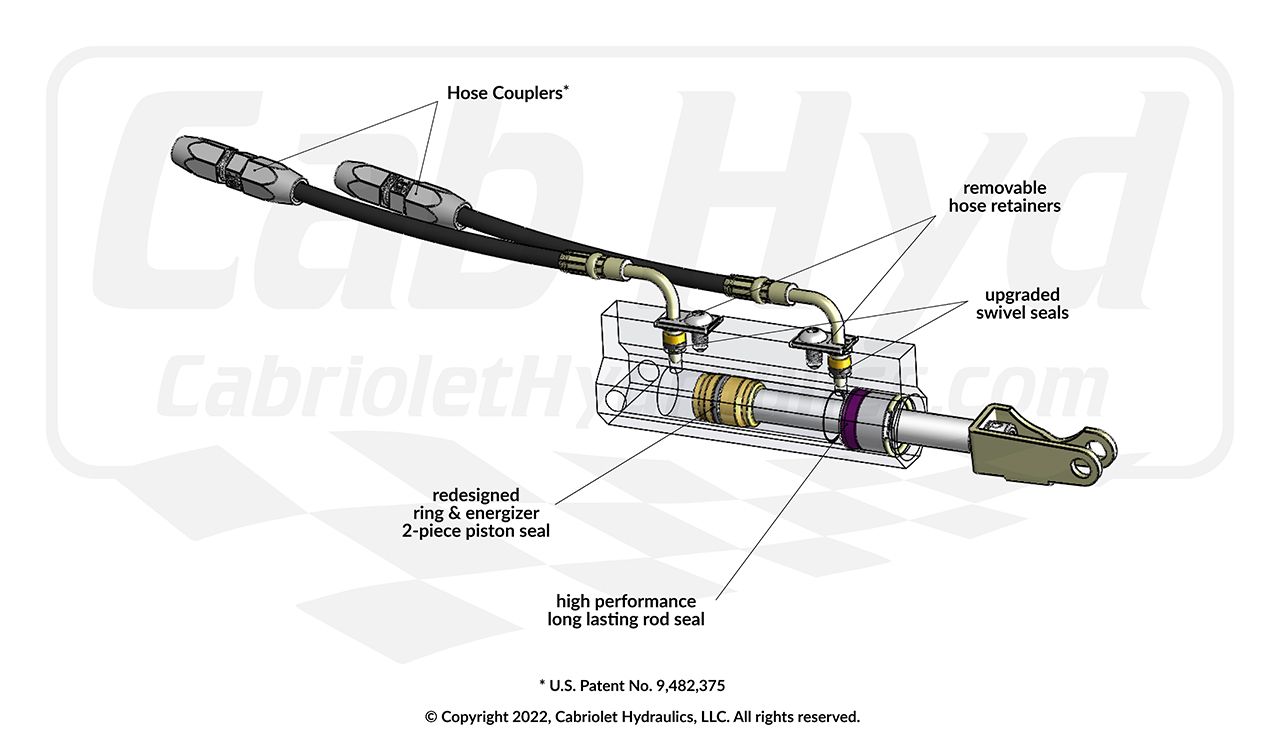 Rod Seal Replacement: The original leaking rod seal is replaced with a high performance custom rod seal made from a hard-wearing elastomer that significantly increases its service life.

Hose Swivel Seal Replacement: After many years of experience rebuilding these cylinders, we upgraded our service to include swivel seal replacement as part of the standard rebuild. If they are not leaking already, the original swivel seals will eventually leak. The top of the roof is exposed to the sun for long periods of time at elevated temperatures. Heat degrades the rubber seals in the crimped steel elbow connections causing the seals to leak. We replace the hose swivel seals with long lasting heat-resistant seals. We believe that the rebuild is not complete without replacing these seals.

Two Hose Couplers: Our patented Hose Couplers* will come attached to the hoses on your cylinder for quick installation. The hoses are permanently reconnected on the car with basic hand tools. Hoses are crimped internally and externally the same way as they are with the factory connectors. Most hydraulic systems operate at a peak pressure of 200 bar or 2900 psi. Cabriolet Hydraulics Hose Couplers are pressure tested to 10,000 psi without failure.

Cabriolet Hydraulics patented hydraulic Hose Couplers* were developed out of our vision of simplifying the repair of convertible top hydraulic systems. 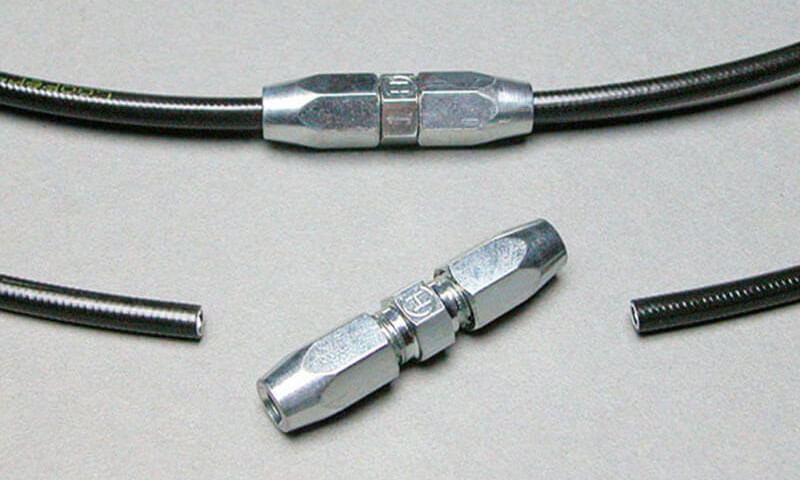